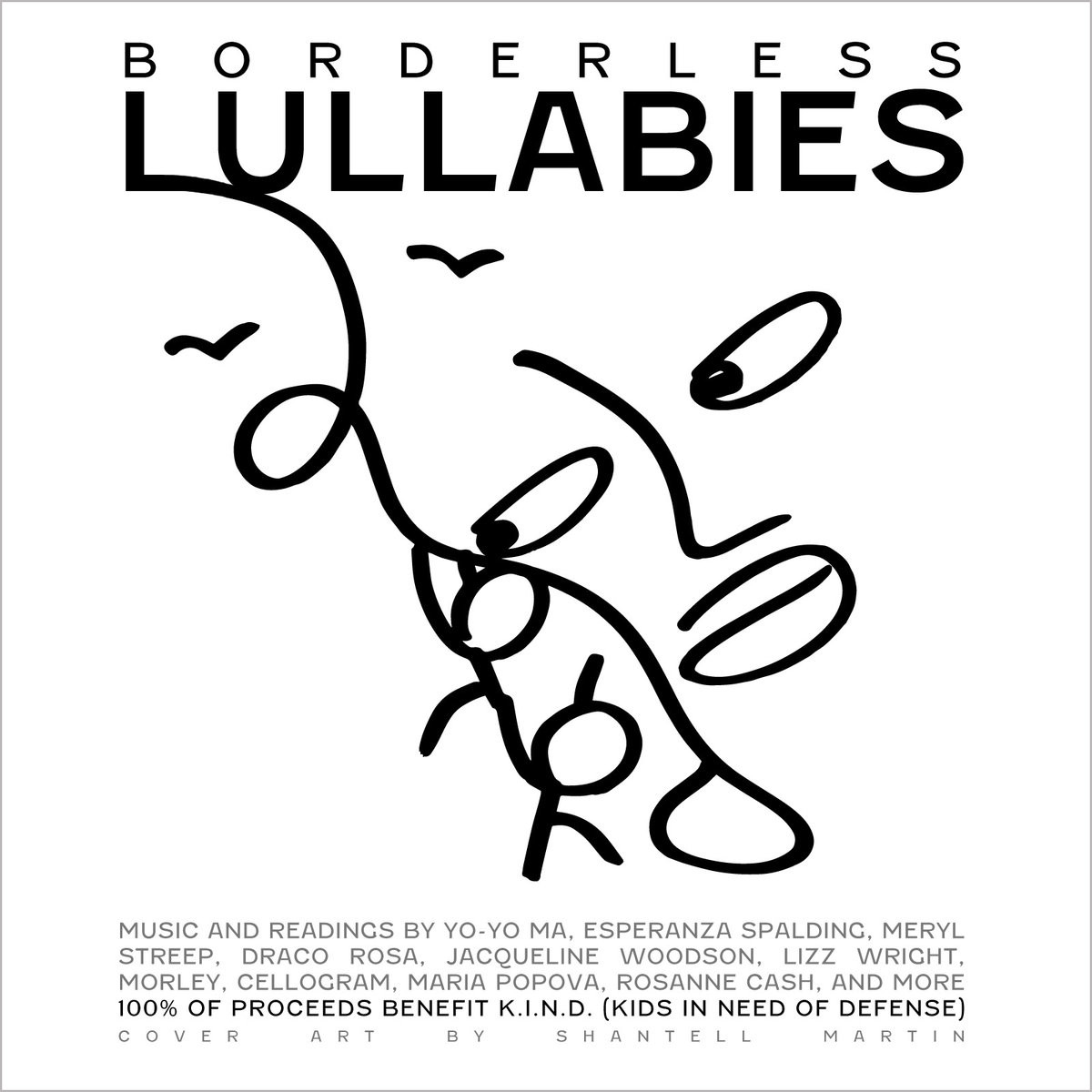 Shantell Martin is honored to have created the album cover for Borderless Lullabies — a compilation of twenty songs and spoken-word pieces, with 100% of the proceeds benefiting KIND: Kids In Need of Defense, a wonderful nonprofit that partners with pro-bono attorneys at law firms and law schools to represent unaccompanied immigrant and refugee children in their deportation proceedings, ensuring that no child stands in court alone. Most of the kids KIND serves have fled severe violence in their home countries, and many have been abandoned, abused, or trafficked, only to find new traumas in wait when they arrive in the alleged land of freedom and possibility in search of safety.

Borderless Lullabies is available on a pay-what-you-can model — from the at-cost minimum of $18 to anything more you feel this labor of love is worth, to you and the world.