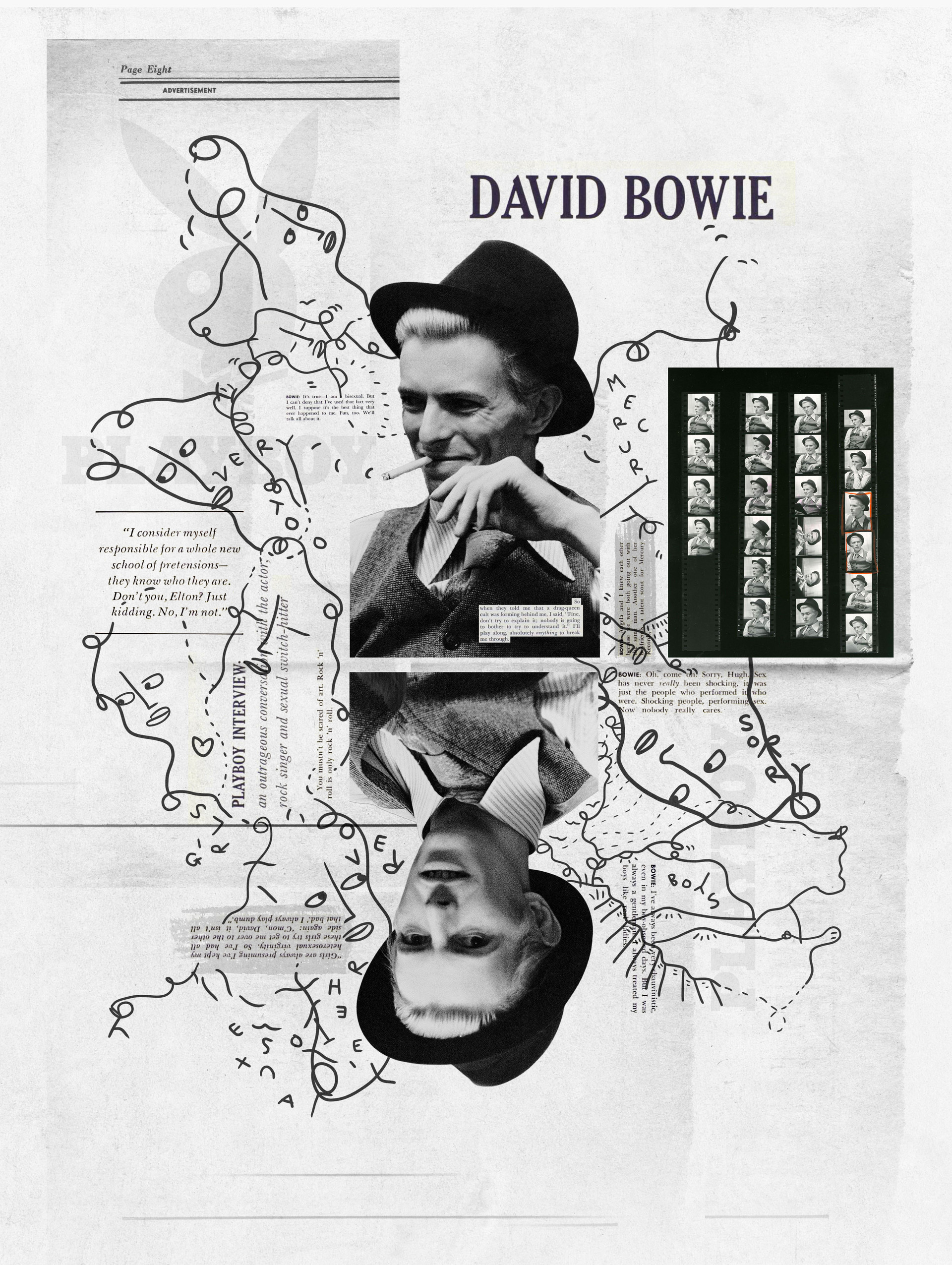 Shantell Martin is proud to introduce Bowie 1976, a collection of three original NFTs by Playboy x Shantell Martin, inspired by the September 1976 Playboy Interview featuring David Bowie. As part of Nifty Pride, a collection of non-fungible tokens (NFTs) by five pairs of some of the world’s biggest visual and musical artists in celebration of the LGBTQ community. The collaborations, including NFTs from Troye Sivan and Jason Ebeyer, Charli XCX and Serwah, The Knocks and Moist Breezy, and Playboy and Shantell Martin, will be available starting Tuesday, June 29th at 6:30 PM ET on Nifty Gateway.

All proceeds from the primary sales of each NFT will go to support GLAAD and the participating artists; Playboy will assign all of its secondary sales proceeds to its artist partner and will make an additional $15,000 donation to GLAAD to support its mission. Renowned digital artists Blake Kathryn and Jason Ebeyer curated the collection, with support from Playboy.

"Like many of us, it feels like David Bowie has been forever present in my life, whether it was watching him on stage, experiencing him as the scary Jareth the Goblin King in Labyrinth, or diving into his legacy at the David Bowie Is exhibition at the Brooklyn Museum. l I’ve always been in awe of his elaborate costumes and alter egos, and obsessed with his use of technology as a tool to generate lyrics in innovative ways, not to mention ALL the music. After reading Bowie’s Playboy Interview, I was initially taken aback. I can’t remember ever reading an interview that gave me such a strong sense that I was inside the subject’s head, hearing the person speak, unfiltered and unapologetic. At first, I worried that this would drive me to dislike him. He was so open about experimenting with drugs and his sexuality, and playing up, or, you could say, “dressing up” for the system. But after reading the interview a couple of times, it created the opposite effect. I appreciated the fact that he was just being himself—honest, open, creative, ambitious. His brazenness also made me realize how filtered and edited interviews are today. It became an incredible opportunity to dive into this rich conversation from Bowie’s past, to to pull it apart and then rebuild it again.

When embarking on this collaboration with Playboy, I wanted to lean into the parts of the interview that I found the most shocking, which, more often than not, involved the things Bowie had to say about sex, drugs, and rock and roll. To get there visually I enlisted Creative Director Ben Sheppee, an old friend and one of the most visually talented people I know. Ben pieced together the layout and worked on the graphic design and animation, interweaving elements of my work with the quotes and photographs from 1976." - Shantell Martin

“It’s been a privilege to have freedom with these elements: the Playboy Interview, Bowie’s words, Andrew Kent’s original photos, and Shantell’s intricate touches, and the space to interpret them with my own sense of graphics design and animation,” says Ben. “We had a clear idea of what we wanted to accomplish and it was particularly special working on the project with GLAAD in mind.” - Ben Sheppee

How to Participate in the Bowie 1976 Sale

Mark your calendars for June 29!

Please note: In order to participate in the upcoming Nifty Gateway drop and auction, there are a few steps you’ll need to take to get set up prior to June 29th. 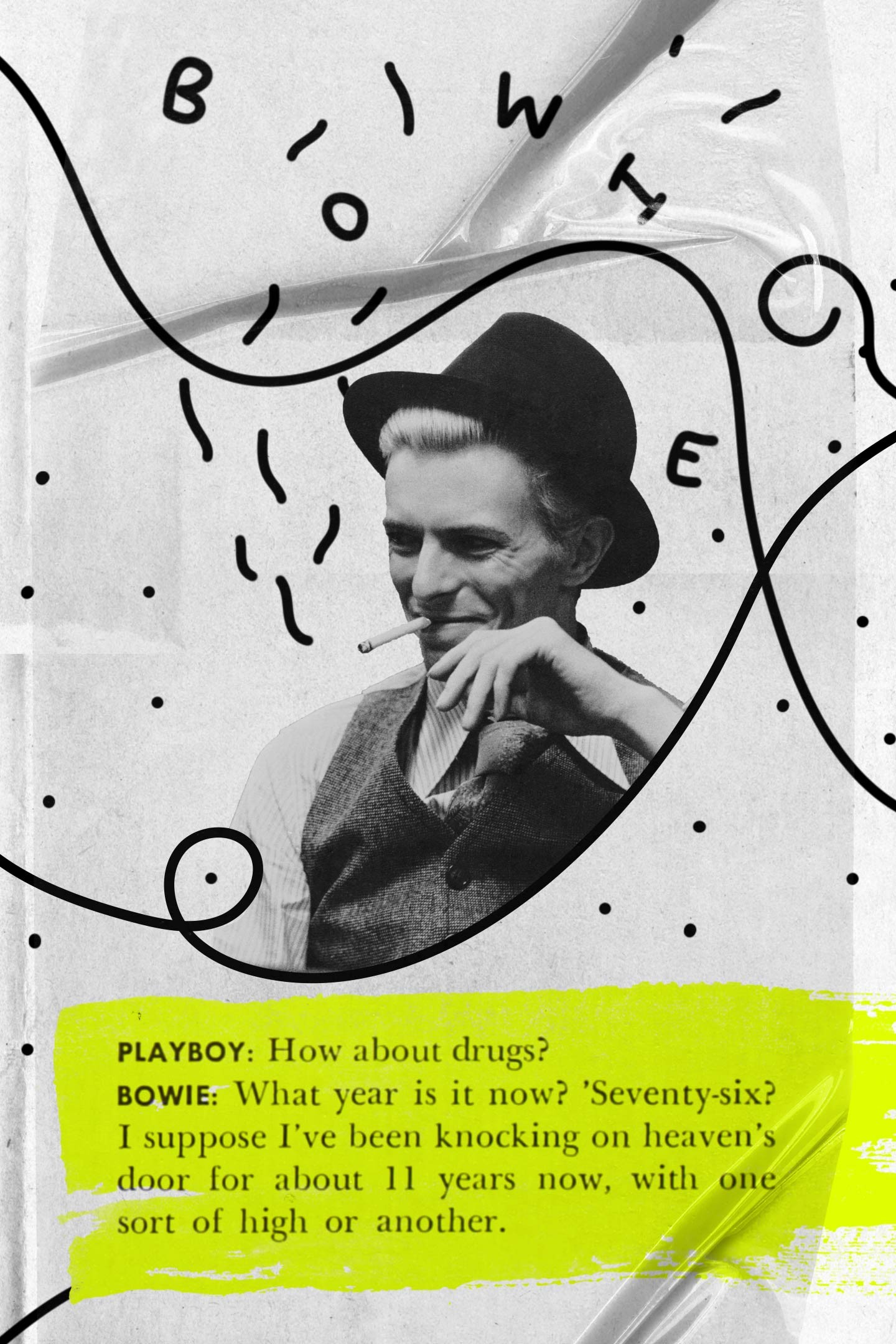 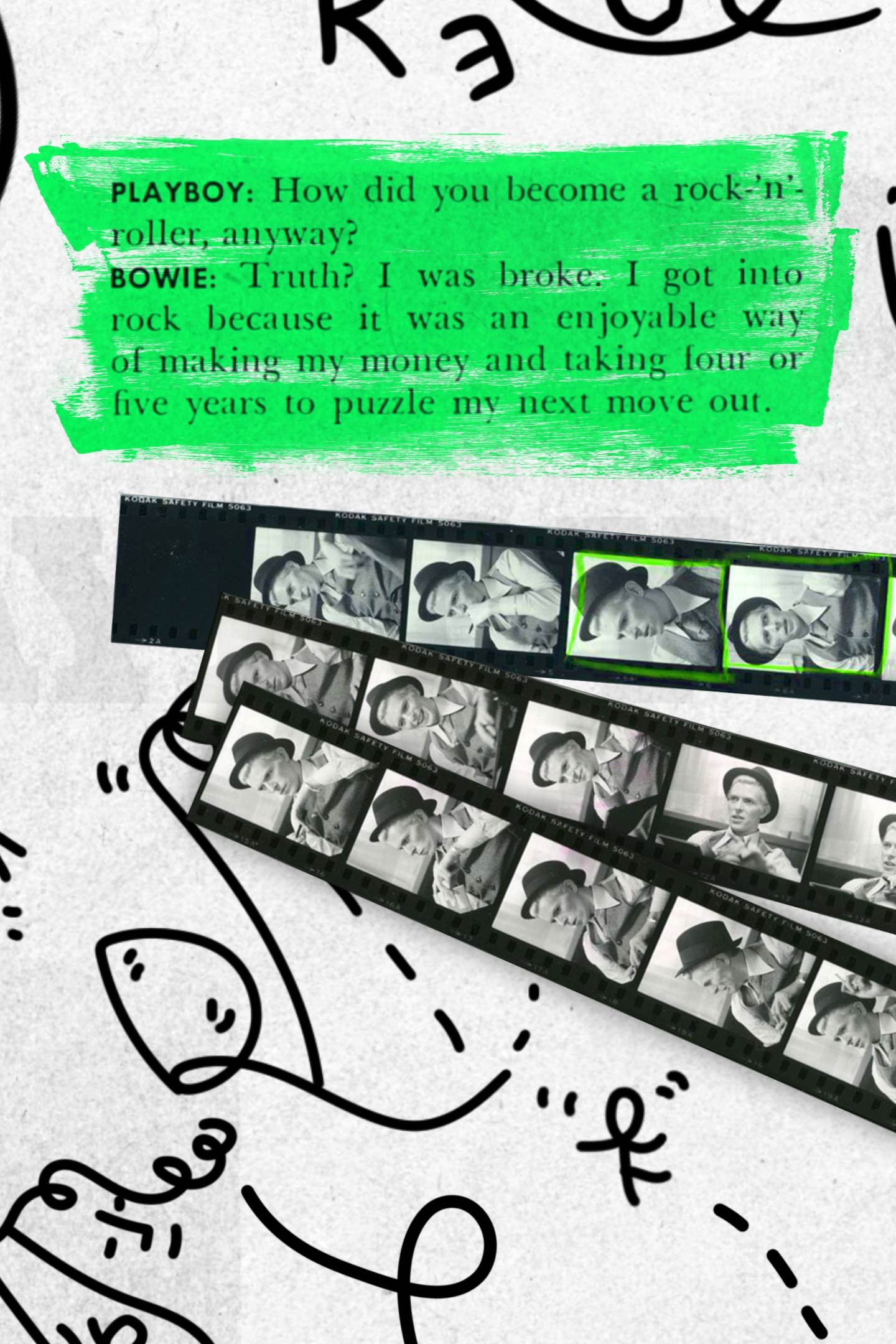 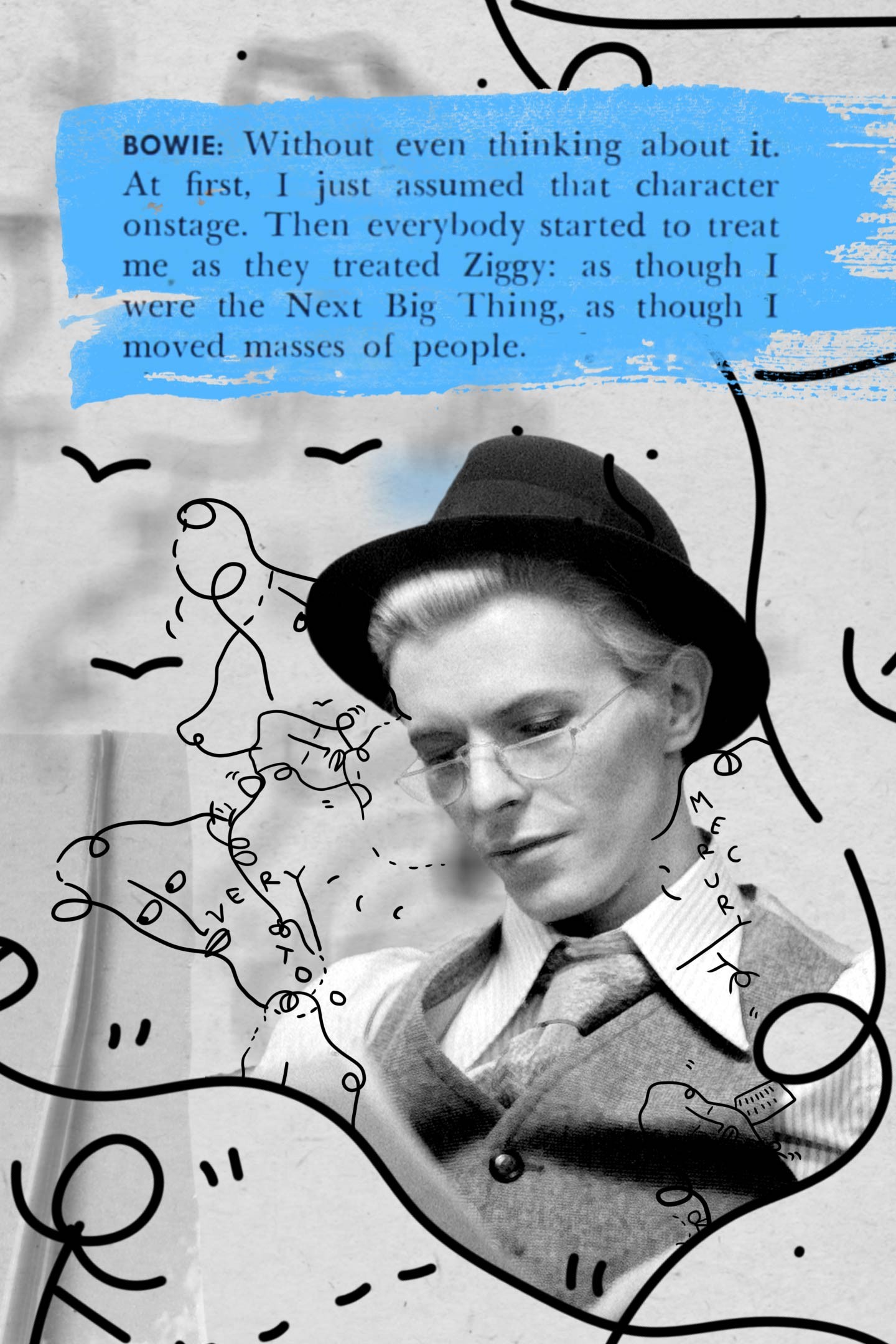