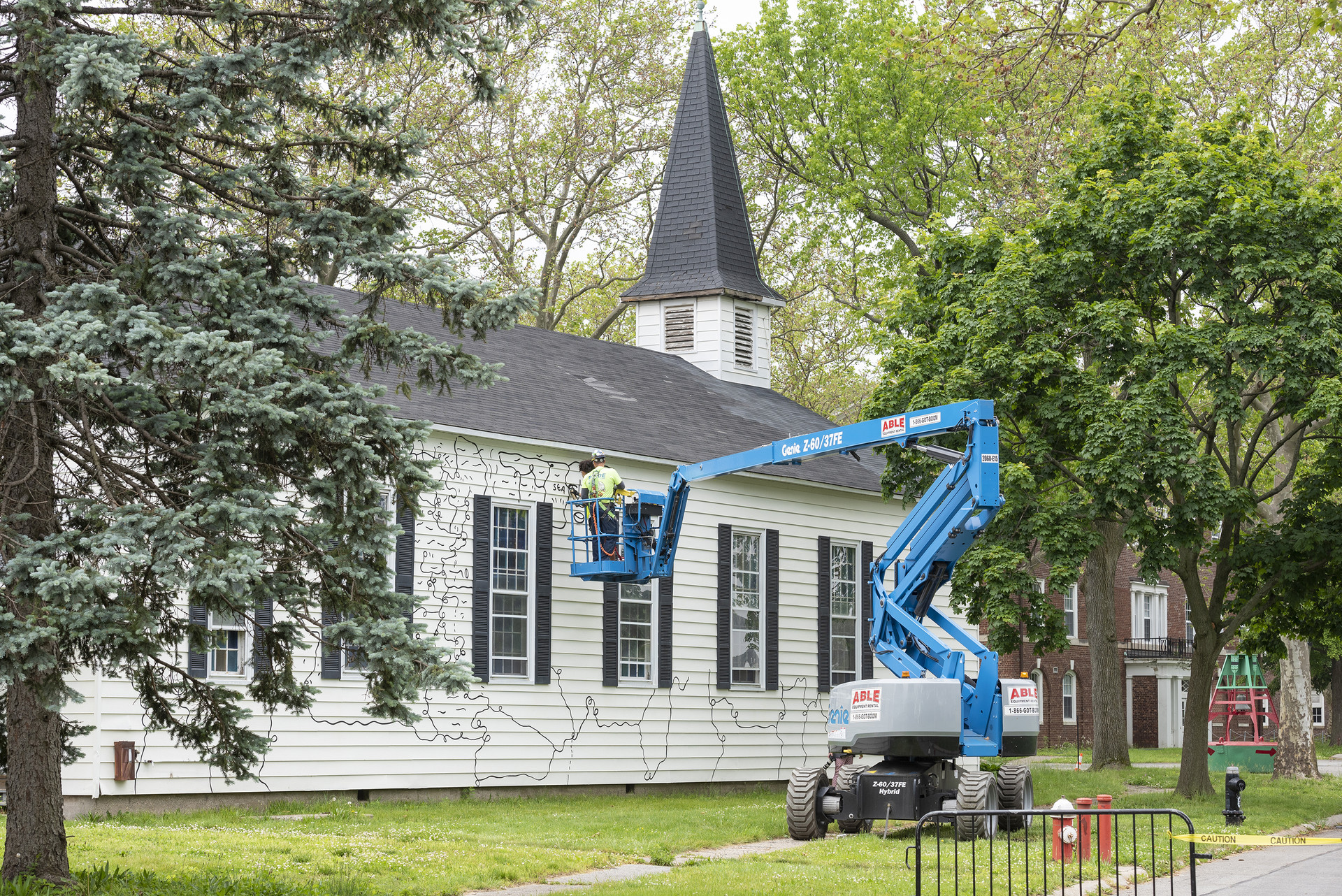 Shantell Martin is honored to be the artist chosen for the annual public art commission program by The Trust for Governors Island this year. Located on the Island’s Historic District, Church is an immersive, contemplative work, where Martin has created an original mural on the face of Our Lady Star of the Sea, a former military chapel, deconsecrated for over 20 years. The season-long exhibition will be on view daily from June 1st through October 31st, 2019.

Inspired by her personal experiences and research on the vibrant history of the Island, Church invites visitors to circumnavigate the former chapel’s architecture through image and narrative, engaging with the dynamism of the landscapes that surround it. In this way, the work serves to highlight and help reimagine a building that has long been empty and closed to the public. Reflecting upon the building’s history, Martin’s large-scale drawing pays tribute to the disused former military structure and honors its legacy as a place of great significance on the Island during its half-century of active use.

Built in 1942, Our Lady Star of the Sea originally opened as a Catholic chapel during the Second World War and the expansion of the former U.S. Army base. Serving as a central hub of religious activity on the Island along with nearby St. Cornelius Chapel, Our Lady Star of the Sea remained in use until 1996 when the U.S. Coast Guard ceased operations on Governors Island. Deconsecrated for over 20 years, the former chapel is one of the few non-landmarked buildings located within the Governors Island Historic District. Martin’s project brings new life and visibility to the  former chapel for the first time in years.

Expanding and evolving throughout Governors Island’s public season, in Fall, 2019 the Trust will host weekend programming that is free and open to the public, including poetry readings and events. Additional programming will launch in September, including a partnership with the Poetry Society of America, who will curate three free readings inspired by Martin’s work. 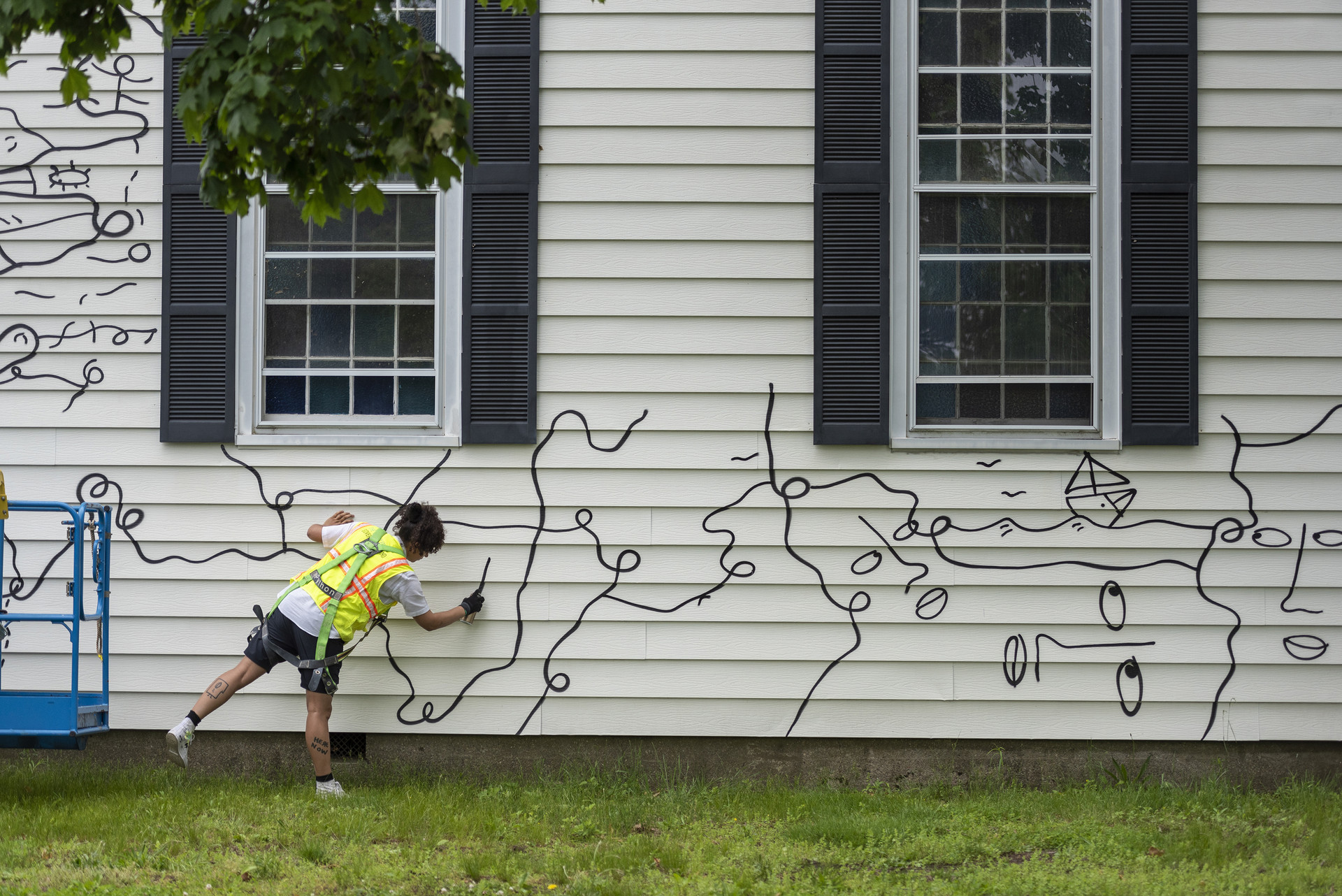 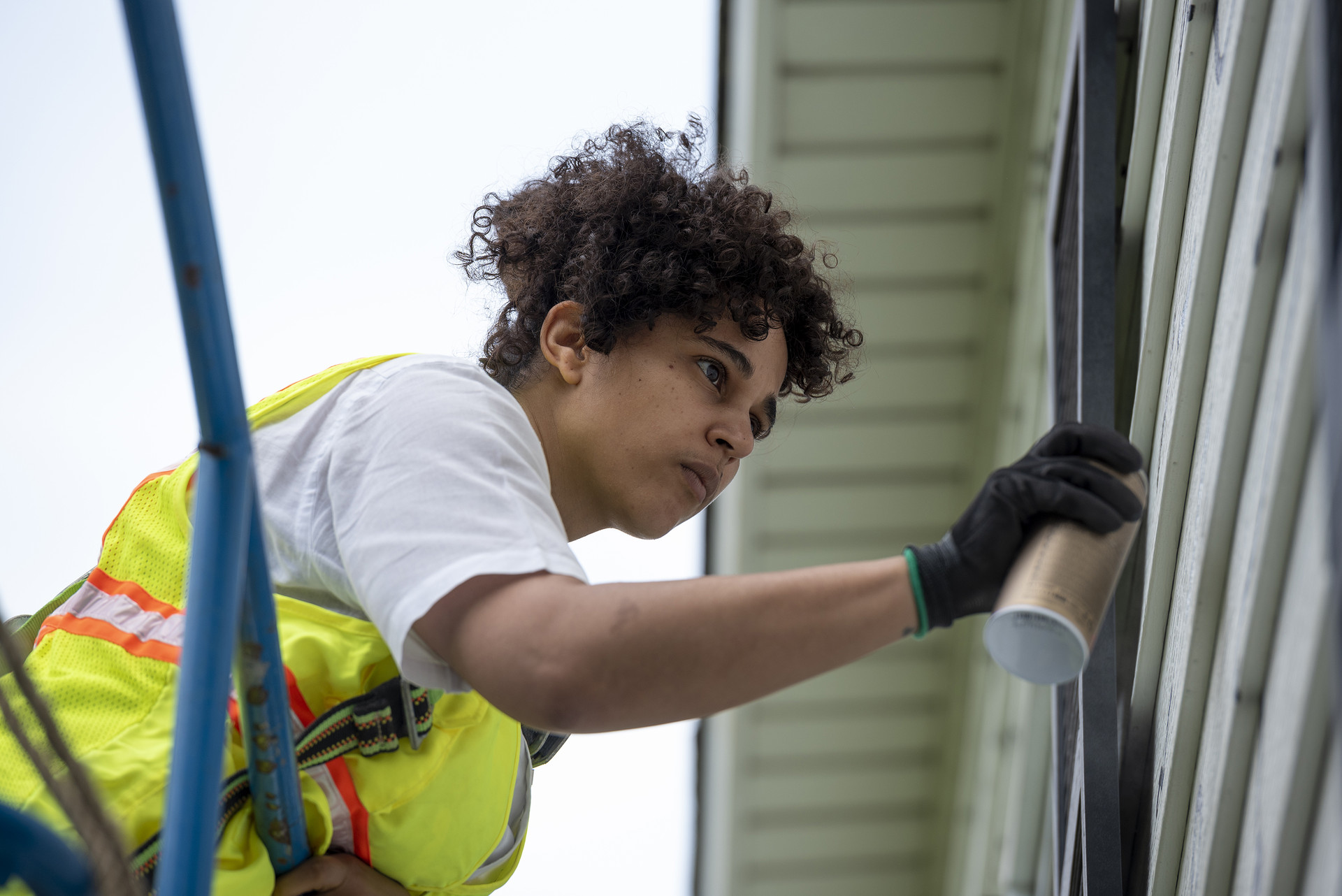