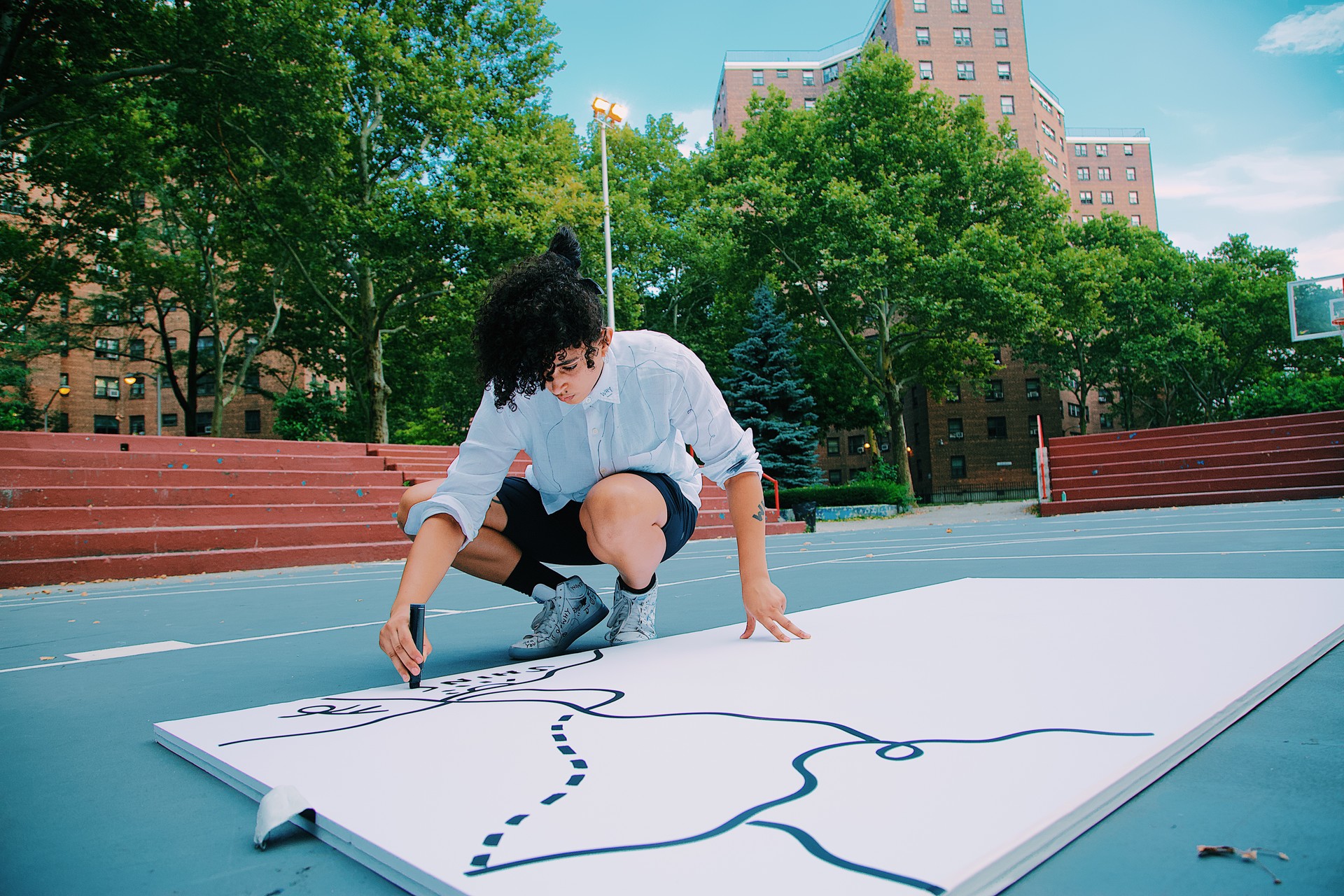 Shantell Martin is proud to announce her latest collaboration with South African rapper Nasty C on the official music video of his single ‘King’, which features a cameo by Martin and American hip-hop artist ASAP Ferg.

The music video, with over 2 million views on YouTube, was shot in New York City in August and was directed by Meji Alabi. The video has been lauded by fans as it delivers high-production quality and unique creative themes, which differ from the stock-standard visuals frequently used in hip-hop music videos.

Check it out today here! Photo by Teddy Maxx.