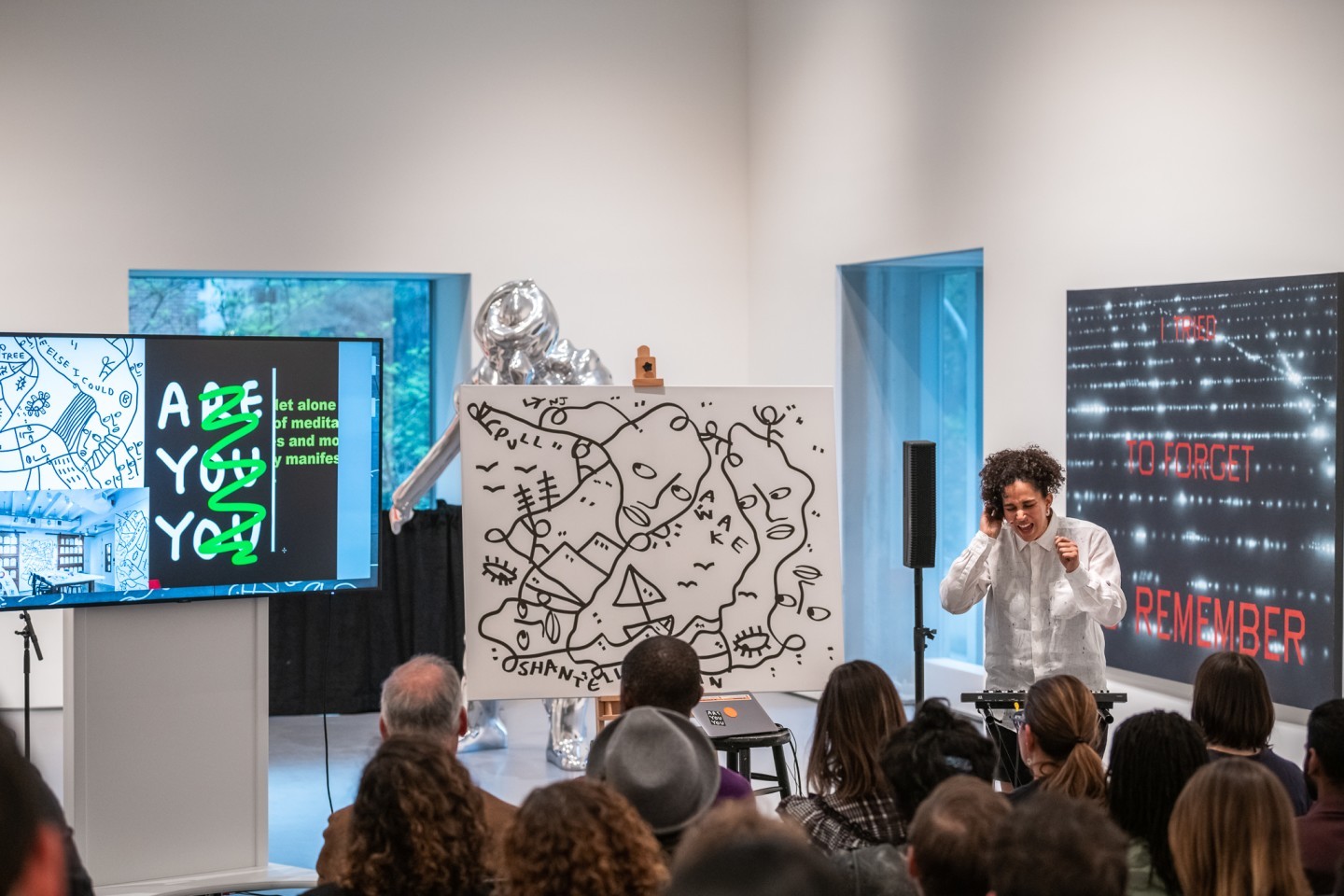 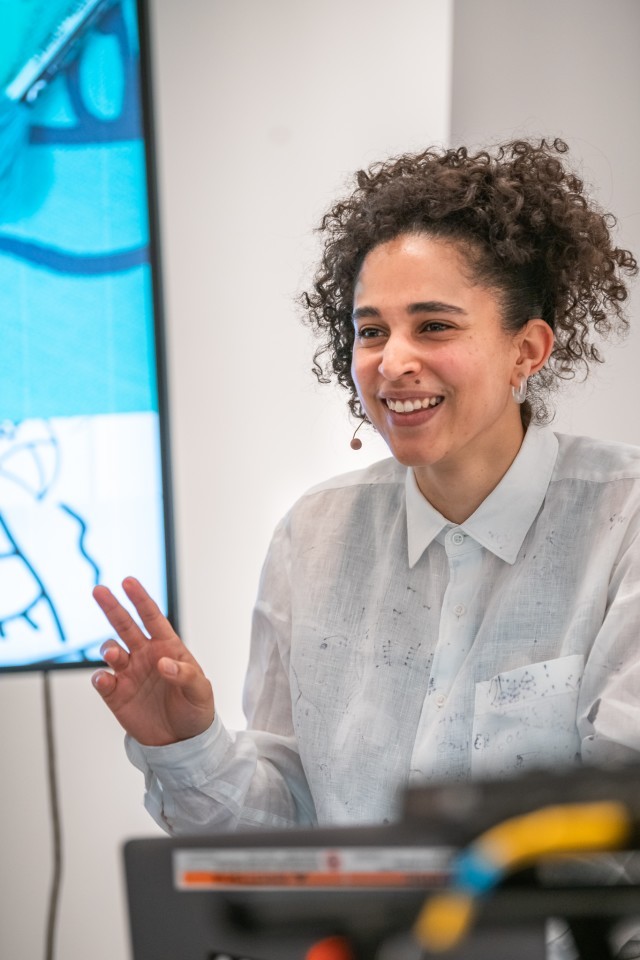 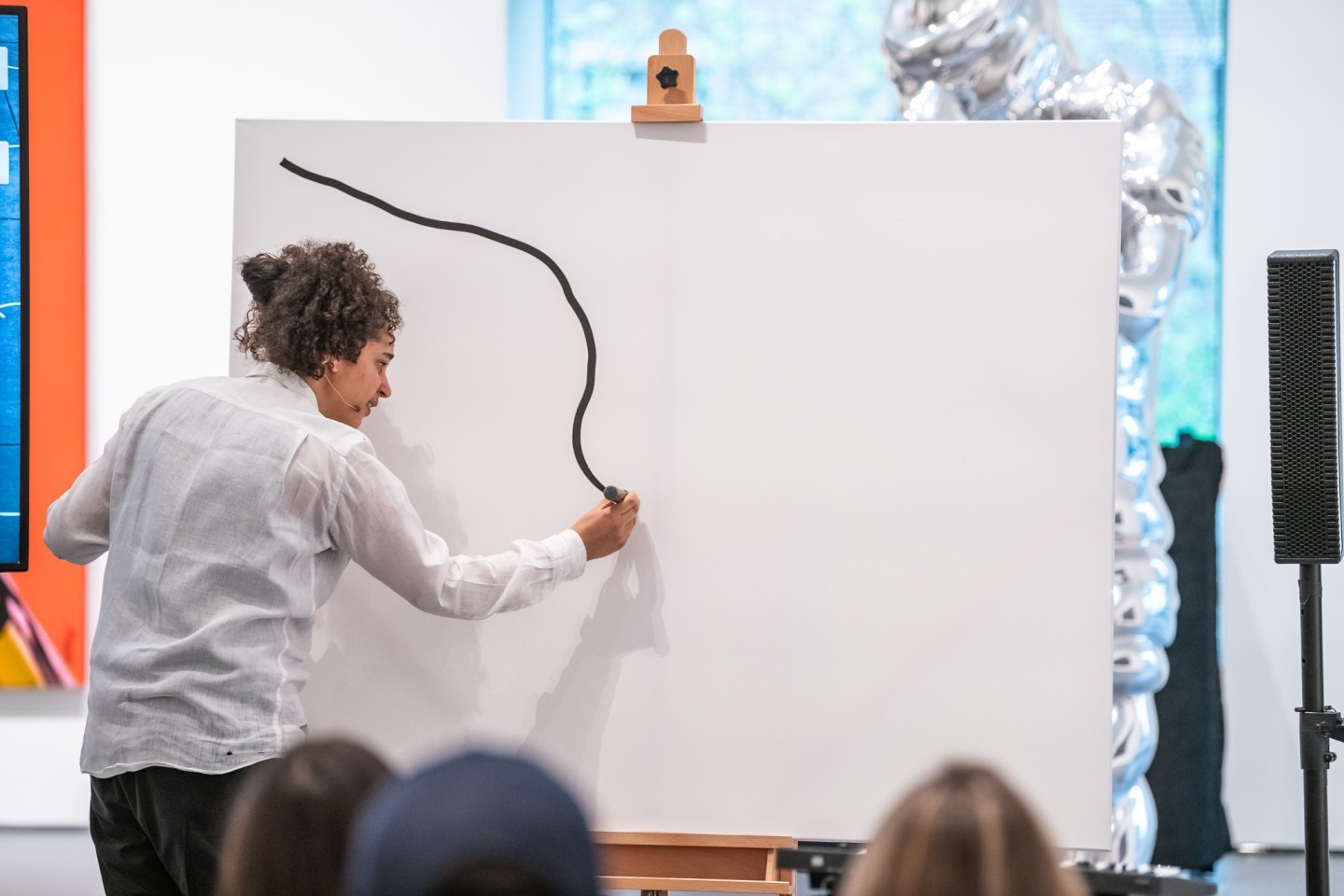 As Sotheby's celebrates its 275th anniversary, the auction house looks to the future by opening the doors to newly reimagined galleries designed by Shohei Shigematsu of OMA New York. Shantell Martin is proud to be the first artist to activate Sotheby’s Contemporary Art Evening Auction Gallery.

In honor of the new space, Shantell Martin performed her one-woman show LINES, an interactive and inspiring piece in which she incorporated live and digital drawing and concluded with a live music/spoken word performance which was equally philosophical as it was provocative & entertaining.