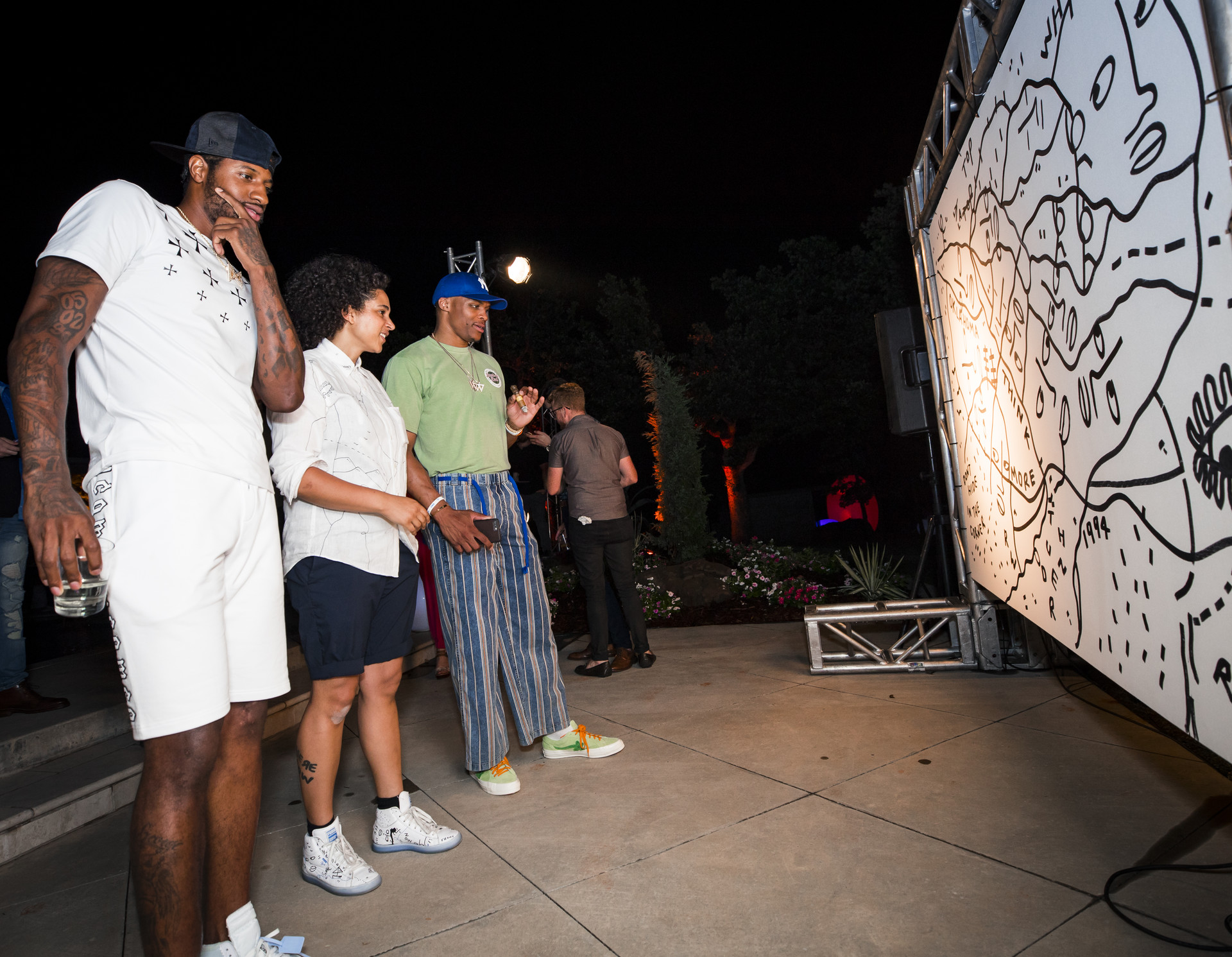 Shantell Martin was honored to help Russell Westbrook kick off the summer with what he dubbed a "Summer Hype House Party" featuring Paul George and rap legend Nas in Oklahoma City. Martin was commissioned by both athletes to create a piece to show their appreciation and love for their Oklahoma City Thunder family & friends.

During the special evening, George also announced that he would be signing with the Thunder during the event - so there was much to celebrate!